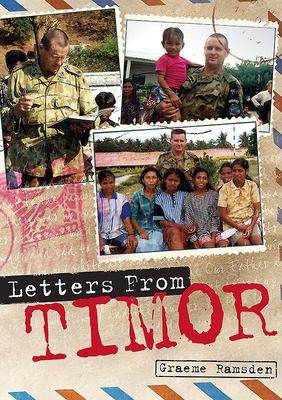 Chaplain Graeme Ramsden served in Vietnam as a soldier with the Royal Australian Electrical and Mechanical Engineer Corps in 1968-69. In 1976, he was commissioned and served as a quartermaster, officer commanding a workshop and, as an instructor at the Land Warfare Centre. In 1990, he undertook theological studies and was ordained as a deacon of the Roman Catholic Church and developed a wide pastoral experience with the church. In 1993, Graeme Ramsden commenced duties as a chaplain in the Australian Regular Army and now has a vast depth of knowledge of the military environment. In 1999 he deployed on operations to support the Joint Support Unit with the international force in East Timor (INTERFET). During the deployment, he was also appointed Deputy Senior Chaplain for the mission. He found that the operational deployment was a distinctive journey for each and every person that served with him. Through the compilation of significant excerpts of his experiences in Timor, Graeme has portrayed with passion and clarity, a very engaging account of what it means to serve God, soldiers and the civilian population during a military action. The reader will come to understand his passion for the nurturing of men and women who are given into his pastoral care. Through his letters home and diary e xtracts, we learn something of the soul of a man fervent in his love for Jesus and for his wife Dianne. Letters from Timor provides a very different and personal perspective of Australian Military Operations.