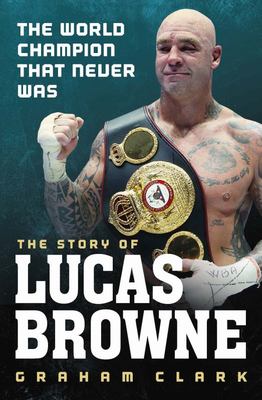 The World Champion That Never Was: The Story of Lucas Browne

In early 2016, in Grozny, in the Russian state of Chechnya, there was a world title fight. This is the story of that fight told from inside the team of Lucas "Big Daddy" Browne. The World Champion That Never Was takes the reader to Grozny, one of the world's most dangerous places, for the clash between the vastly experienced, intimidating champion, Ruslan Chagaev, and the underdog, Lucas Browne, only 23 fights into his professional career. In that amphitheatre in Grozny, amongst the unrestrained fervour of the Chechen crowd, all hearts are with their champion. From the perspective of Lucas's corner that night, the reader is witness to the drama, as Lucas is knocked down in the 6th round, and then as sporting history is made, the world title is his. But unknown then, the story doesn't conclude in Grozny. Drug tested before the fight and given the all clear, a positive drug test after the fight - for a drug that could not have influenced the outcome but is nevertheless banned - denies him the title. Yet more was to come. He overcomes a ban and his next fight is being scheduled when yet another test falls foul. The World Champion That Never Was shows that anything can happen in the rollercoaster world of championship boxing ...and it does. Boxers and UFC fighters commonly "fail" in both voluntary and mandatory drug testing, with supplements of all kinds being taken without clear understanding of their content and consequences. "Big Daddy" will no doubt fight again, because this is the crazy world of boxing

Lucas Browne "Big Daddy" is a heavyweight boxer, 196 centimetres and around the 115 kilogram mark. He is 36 years old and has entered the mid ages for a heavyweight fighter. However Lucas is fresh of mind and body, with only 24 bouts in his professional boxing career, having come from the Cage Fighting Championship (CFC). The persona "Big Daddy" is a larger than life character, tattooed, urbane and charismatic, a showman always optimistically upbeat. In the ring Lucas "Big Daddy" Browne, is the one-time Commonwealth heavyweight champion and in this book, challenger for the WBA world title. Graham Clark is a retired teacher who accompanied Lucas Browne and his team to Chechnya for the world title bout.